Licensed to practice law in the State of Maryland, Washington DC, & the Province of BC.  U.S. & Canadian immigration law
Vancouver downtown office

Immigration & Citizenship
Canada.ca/ en/ services/ immigration-citizenship .html
"Apply to travel, study, work or immigrate to Canada, apply for citizenship, a permanent resident card or refugee protection, check the status of your application or find a form."

"Protect yourself from immigration fraud: Find out how to prevent fraud and how to report those who commit it."
www. canada.ca/ en/ immigration-refugees-citizenship/ services/ protect-fraud. html

How do you find a lawyer to handle your immigration case in western Canada's largest city?  How do you decide which one to use?  What is the difference between a immigration lawyer / a immigration consultant / a relocation specialist?

The Law Society of BC guidelines on advertising state that lawyers can indicate "preferred area of practice"  e.g. Immigration Law if they have in the previous 3 years have spent at least 20% of their time practicing in a particular area of law.

Lowe & Co. lawyers and staff speak: English, Chinese Mandarin, Chinese Cantonese, Chinese Teo Chiu and Japanese.  They have served clients from over 65 countries over the past 25 years.

Experienced in work with individuals, families and other classification immigration clients for:

Trained initially in the U.K., called to the bar in Singapore where he practised for 15 years and called to the Bar in BC, Vancouver.  he practices as part of the
Lowe and Company Business Immigration Law Firm.

His profile including his Singapore work can also seen at CanadaImmigration.asia . singapore

We are located inside Metropolis at Metrotown Mall across from the Super Store checkouts.

Mr. Asuncion is well known in the Vancouver Filipino Community & in the Philippines as a lawyer. 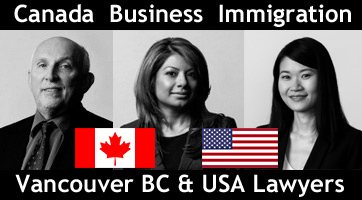 "Having proper paperwork when crossing the border between Canada and the US is critical due to increased scrutiny by border officers. Vancouver based Immigration lawyers Bruce Harwood and Saba Naqvi clarify the difference between travelling for business and travelling for work in order to determine whether a work permit is required. " (fr. YouTube video 2014.04.09) 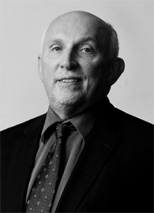 "Raised in Vancouver, Angela is fluent in both Mandarin and Cantonese. She used her trilingual skills as a volunteer interpreter at a large hospital in Toronto and when she was the research coordinator at a research study in Vancouver."

"Saba served as Chair of the American Immigration Lawyers Association (AILA), Canada Chapter in 2009-2010. She authors the Immigration Chapter in the Annual Review of Law & Practice published by the Continuing Legal Education Society of British Columbia and is the only female cross border immigration lawyer in Vancouver " [quote Boughton profile 2019.03.31]

Background:
Ms. Kahlon was called to the British Columbia Bar in 2008.  Her practices focuses on all areas of immigration law.

She takes great pride in assisting both individuals and families relocate to Canada, as well as helping Canadian businesses succeed by addressing their human recourse needs.  Providing her clients with effective and efficient service is her primary goal.

Ms. Kahlon understands that the decision to immigrate to Canada is a central one in most of her clients' lives and makes it a priority to ensure that her clients are at ease throughout the immigration process.  Let Ms. Kahlon save you time and money by helping you get your application approved the first time.

Here are the specific immigration services I provide:

"Andrew ... handles Appeals at all divisions of the immigration and Refugee Board, the Federal Court of Canada, and has appeared before the Supreme Court of Canada.
He represents individuals and corporations in all aspects of Canadian immigration, including independent, family and business immigration, Work and Student Permits and Visitor visas...."

Visit the www.CanadaVisaLaw.ca website of LOWE & COMPANY, who's team brings over 25 years of experience in working with over 65 countries immigrants


Things to consider when selecting a lawyer practicing immigration law

Twenty Questions to Ask - Before You Hire a Lawyer

An excellent Checklist for someone to use in selecting a lawyer, has been prepared by the publishers of www.lawyers-bc.com/tips.htm.  You will find these guidelines useful for not just Immigration Lawyers but other types of lawyers also.

Jeffery S. Lowe heads the Business Immigrant Team and the Global HR Team of Lowe & Company.  This firm has helped individuals and businesses in over 65 countries immigrate, do business and handle their intracompany transfer needs e.g. through NAFTA work permits and visas to Canada.

Jeffrey has taught courses on Canada's Immigration Law to lawyers, Canada immigration officials, and Immigration consultants, both in Canada and abroad, since 1990. These have included:

Visit www.canadavisalaw.com for a wealth of information about Canada's Citizenship and Immigration programs.

German-Canadian Immigration lawyer, admitted in both Germany and Canada to practice law
(in Hamburg, Germany since 1995 - in B.C. Canada since 2000 - note Monika is also fluent in fluent in European French Français).


Some experienced Regulated Canadian Immigration Consultant (RCIC). in Vancouver, BC, Canada
fluent in Chinese and Japanese

Akiko is a member of Immigration Consultants of Canada Regulatory Council (ICCRC). Akiko first came to Kamloops, B.C. from her native Japan as a student and later returned to Canada as a Permanent Resident. Prior to immigrating to Canada, Akiko was a local staff of the Japanese Embassy in Singapore Consular section, and served the Japanese residents in the country for nearly 8 years. She has been helping clients of Lowe & Company to realize their dream of coming to Canada since 2006.
CanadaVisaLaw.com/about-us

Multi-Lingual Realtors in Vancouver & Victoria, BC

A immigration "relocation consultant" that many people depend on is their realtor.

see some of their work at SellsYourHome.com and Metrotown.info Vancouver Real Estate

He joined a mid-size law firm in the GTA with 11 years experience as litigation counsel for the Department of Justice Canada, Immigration Law Section in Toronto where his client was the Minister of Citizenship and Immigration.  In 2008 he opened his own law corporation in Brampton.

Called to the Ontario Bar in 1995 - he has appeared before all levels of Federal & Ontario courts, as well as various tribunals of the Immigration & Refugee Board of Canada.

His practice covers both Canadian and U.S. immigration law.

See Keyork YouTube videos on Why use a lawyer? and Spousal sponsorship processing times click on image(s) below:

We suggest you interview several law firms in advance of making a choice -- it can be a very expensive decision in both time, money and of course consequences.

This site lists lawyers with areas of practice including Canada Citizenship and Immigration / Refugee Law - we advise you to verify if the lawyer is still maintaining their membership with the Law Society of BC by going to www.lawsociety.bc.ca as lawyers move or change areas of specialization over time.

The intent of this web-site is to provide "starting points" for people looking for sources of legal information and specialists.  Information on this web site is not to be seen as legal advice -- for that you directly consult a lawyer.

This site is not endorsed by web sites to which it provides links to, unless otherwise noted, where a particular lawyer has volunteered to become a content contributor.

If any lawyer-firm notes that we have made an error or omission in our mention of them on this web site, please send us email with the appropriate information.

· Read her 2015 update article on options for Foreign Workers at BusinessMatrix.com

· Read her 2015 article about CIC's Express Entry: Where Are We Now? (in CanadaImmigration.asia)